As many of you may know, federal authorities have been deployed in downtown Portland in connection with demonstrations related to the killing of George Floyd, the Black Lives Matter movement and concerns about local police overreach. It appears that without identifying themselves or their agencies, these authorities have stopped, forcibly grabbed and detained peaceful protestors, which have resulted in serious injuries.  This deployment was not requested by Portland and in fact Portland leadership continues to strongly request that these authorities leave the city.
AAUW of OR and the Portland Branch of AAUW OR objects to this deployment and use of unlawful tactics, and has published a Resolution urging that federal authorities immediately cease the unlawful seizures and detentions of Oregon citizens in Portland and to remove themselves from the City of Portland.  The text of the resolution follows:
RESOLUTION OF THE AMERICAN ASSOCIATION OF UNIVERSITY WOMEN OF OREGON ("AAUW OF OR") AND THE PORTLAND BRANCH OF AAUW OF OR
Dated: July 22, 2020
WHEREAS, a number of Portland citizens have been recently exercising their First Amendment rights by demonstrating against racism and in support of the Black Lives Matter movement;
WHEREAS, we do not condone violent or destructive actions undertaken by people attending these demonstrations;
WHEREAS, it appears that in early July, 2020 and continuing until the present date, peaceful protestors are being stopped, forcibly grabbed and detained by federal authorities, including the US Department of Homeland Security, US Marshals Service, US Customs and Border Protection and Federal Protection agencies;
WHEREAS, it appears that during these unlawful seizures and detentions that federal authorities have been using private unmarked vehicles, and have failed to identify the agency they represent or explain why Oregon citizens are being taken into custody;
WHEREAS, a peaceful protester has been hit in the head by federal authorities with an impact weapon resulting in his sustaining severe injuries;
WHEREAS, it appears that these seizures and detentions by federal authorities have been done without probable cause and in violation of the civil rights of Oregon's citizens;
WHEREAS, instead of containing violence or the volatile environment in downtown Portland, these actions of the federal authorities have provoked and exacerbated them;
WHEREAS, the Attorney General of the State of Oregon has filed a lawsuit in the US District Court for the State of Oregon seeking to restrain these unlawful activities, including a requirement that federal agents identify themselves and their agency before detaining or arresting people off the streets of Oregon, explain to persons detained or arrested the reason for the detention or arrest, and not to arrest individuals without probable cause or a warrant;
WHEREAS, on July 17, 2020, Senator Jeffrey A. Merkley, Senator Ron Wyden, Representative Suzanne Bonamici, and Representative Earl Blumenauer sent a letter to US Attorney General William Barr and Acting Secretary Chad Wolf of the Department of Homeland Security expressing their alarm about the authoritarian tactics employed in the streets of Portland by the Department of Justice and the Department of Homeland Security.

Tyler Mac Innis, Executive Director for the Welcome Home Coalition will join us to discuss their work to date to address homelessness in our community. Within the framework of the passage of the Metro Homeless Services Tax in the May 19th  election, Tyler will discuss how the coalition envisions using the funding for supportive housing and homelessness services throughout the Metro region. Tyler will also summarize Welcome Home’s work to date and will inform us about how we can support the Coalition’s efforts moving forward.

We are asking our members to register for this  meeting as a security measure and those registration emails will be sent to you by your branch Communication team as we get closer to the meeting date so keep an eye out for them and remember to check your spam/junk folders if you don't see them in your inbox. Once you register for a meeting, Zoom will automatically send you the meeting information that you will need to logon to the meeting when it is time. ​

TBD: A tour of "Nevertheless She Persisted" at the Oregon Historical Society 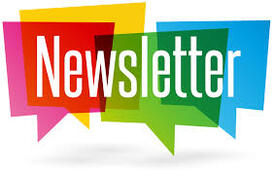 The Latest Branch News:
Catch up with branch news, get information on upcoming programs, check out the Study & Interest Groups, and so much more.
​Click here for the latest issue of the Rose City Reporter.
​
PORTLAND BRANCH ONGOING EVENTS & ACTIVITIES

OTHER EVENTS & ITEMS OF INTEREST​

HAVE A QUESTION OR NEED MORE INFORMATION:  CONTACT US